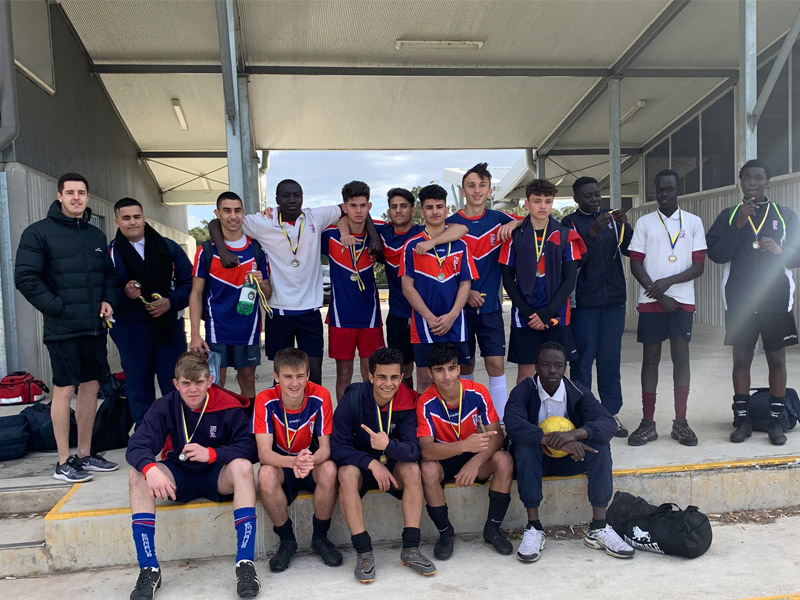 On Tuesday last week 3rd September, these boys played St Pauls, Greystanes in the semi-final at Valentine Park, Glenwood. I was fortunate enough to attend with Mr Sultana and our Open Boys team. Unfortunately, we were defeated 4-1 to St Paul's at Greystanes and there was much disappointment about. It is, however, really important that we acknowledge just how big of an achievement it is for these boys and the team to reach the semifinals and compete as 1 of the top 4 Catholic school teams in the state which to my knowledge, is the furthest a Soccer team has ever gotten from Emmaus. I’d also like to thank Mr Sultana for his work as a coach of the team and all the preparation, planning and training he put into working with the boys.