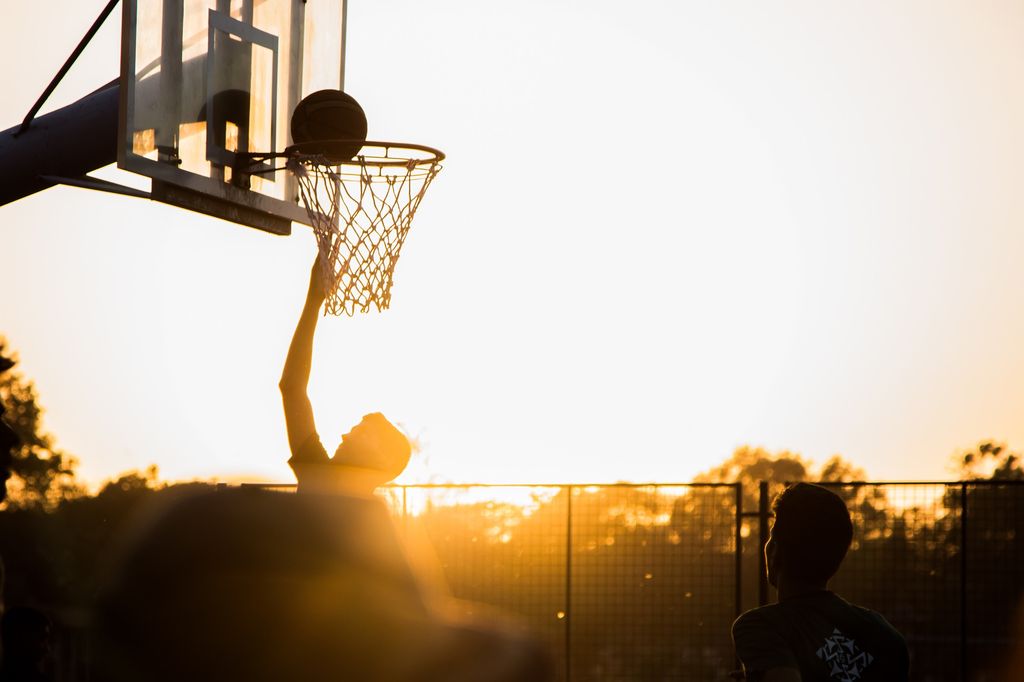 The rain bucketed down upon the famed Basketball Stadium in Cambridge Park but it could not dampen the spirit of those who had come to play. As the stadium doors opened the students moved in to hear the familiar sound of the ball meeting the wooden floor and the screeching of shoes drawing reflective smiles from the gathering coaches as they recalled their previous days of glory upon the court. I looked across to our gathered Emmaus team and noticed Risiah had tears streaming down his face. I quickly went to see if he was okay. With a gentle nod of his head and a warm smile upon his face he simply said "I love this game."


This love was evident throughout the team as we took to the first game to our opponents, Gilroy Catholic College of Castle Hill, with Brayden driving the lanes and Marin working the post we built up a healthy lead. Unfortunately in the second half of the game got away from us as our plan of leaving their good shooter open started to fail and they started doing things that we could not do; namely passing the ball to one another and tracking back on defence. In the end Gilroy were the deserving winners and we put the loss down to a lack of playing time.


The second game saw us against Loyola. There were some big units amongst their team and some of the boys were nervous but they needn't have been as we took the game to them. In fact John DeLeon was so confident that when he stole the ball he threw it right back to the opposition. The boys were looking comfortable and up by three with a few seconds left as one of their players drove to the basket Cy decided to keep it interesting by fouling the player allowing him to score and have a chance to tie the game with an 'and 1' which luckily didn't go in. Emmaus eventually ended the game smashing Loyola by one point.


The third game was against St Marks who could not handle the defense of Kobe nor the rebounding of Jonathan Tria as we established a firm lead going into the half. After some inspirational words from myself, and a reminder of the lessons learnt from the first game, the boys went out in the second half and played some beautiful basketball. Emmaus ended the game winning by 9 points.


Our final game was against the much fancied St Andrews. A win would give us an opportunity to win the tournament but a loss would end our day early. We devised a plan to thwart their full court press and went into the game confident of writing a new chapter in the story of Emmaus sporting glory. We started the game strong with Tim, an energetic presence on defence. Unfortunately the cruel draw we were given (we were the only team not to have a bye round over the first four games) meant we ran out of steam. We lost the game but in the end basketball was the winner as the boys played with a wonderful spirit throughout the day. In fact the only loser will be my wife who discovers the sweaty basketball jerseys that I left in the laundry last night.